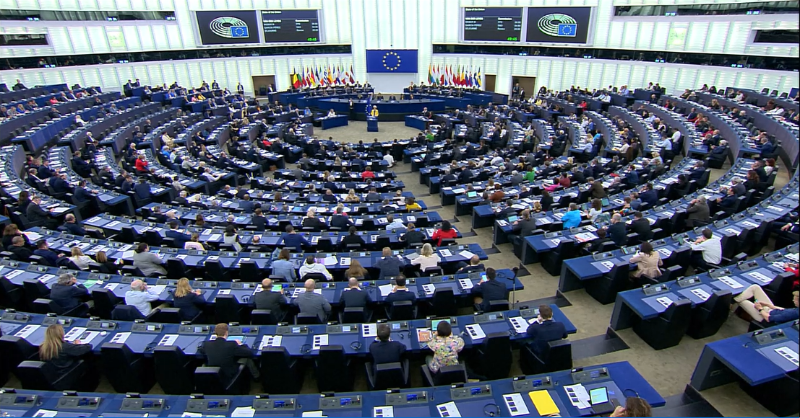 Ursula von der Leyen’s 2022 State of the Union address has been heavily marked by the shadow of the Russia’s war against Ukraine. Thus, it has attempted to provide an answer to the political and economic challenges currently facing the EU.

“In the 2022 State of the Union address, the Commission president has made important commitments to relieve economic pressure on European businesses and citizens, which CECOP welcomes. Unfortunately, little has been said on the social dimension of the EU. Support to social cohesion is essential to building the EU’s resilience and social economy, including cooperatives, are key stakeholders in this,” says CECOP’s President Giuseppe Guerini.

We recognize as very important the promise of support for the companies and citizens who are struggling with the increased energy prices, and the EU’s commitment to ensure accessibility of critical raw materials. In fact, von der Leyen referred in her speech to the Italian cooperative Ceramiche Noi, which is now starting its work at 6 in the morning to use sunlight and to avoid turning on the fans, thus allowing it to save on the electricity costs. Additionally, CECOP will follow the announced SME Relief Package and anticipates the revision of the Late Payment Directive. All of these relief measures must be fully available to cooperatives across the EU. Our industry cooperatives, in particular, are key partners for the EU on its way to develop a more sovereign economy and to advance with a just digital and green transition mentioned by the Commission President, but face a number of challenges that must be tackled urgently.

CECOP welcomes the commitment, expressed by the Commission President von der Leyen, to come forward with new ideas for the EU’s economic governance in October. We expect these new rules to move away from the focus on austerity and to facilitate strategic investment by the Member States in order to address outstanding social and economic challenges and to promote a fair digital and green transition.

Finally, we welcome the decision to make the Year 2023 the European Year of Education and Training. Skills development is essential for the future of European workers and businesses, in particular SMEs. Cooperatives both invest in their employees’ reskilling and upskilling, and benefit from broader skill development measures. This is why CECOP has already joined the Skills partnership for the Proximity & Social Economy ecosystem.

However, speaking about social priorities, CECOP regrets that the State of the Union speech has paid very little attention to strengthening the EU’s social dimension. The crises currently facing the EU require it to step up and deliver direct, immediate and broad actions to promote social cohesion. Social justice and social peace will be key to the upcoming European elections. Quality working conditions will be key to tackle staff shortages, and to contribute to resilient and sustainable development of the European economy.

CECOP hopes to see social policies, the European Pillar of Social Rights and the implementation of the Social Economy Action Plan high on the working agenda of the Commission for 2023.