No to war, yes to cooperation 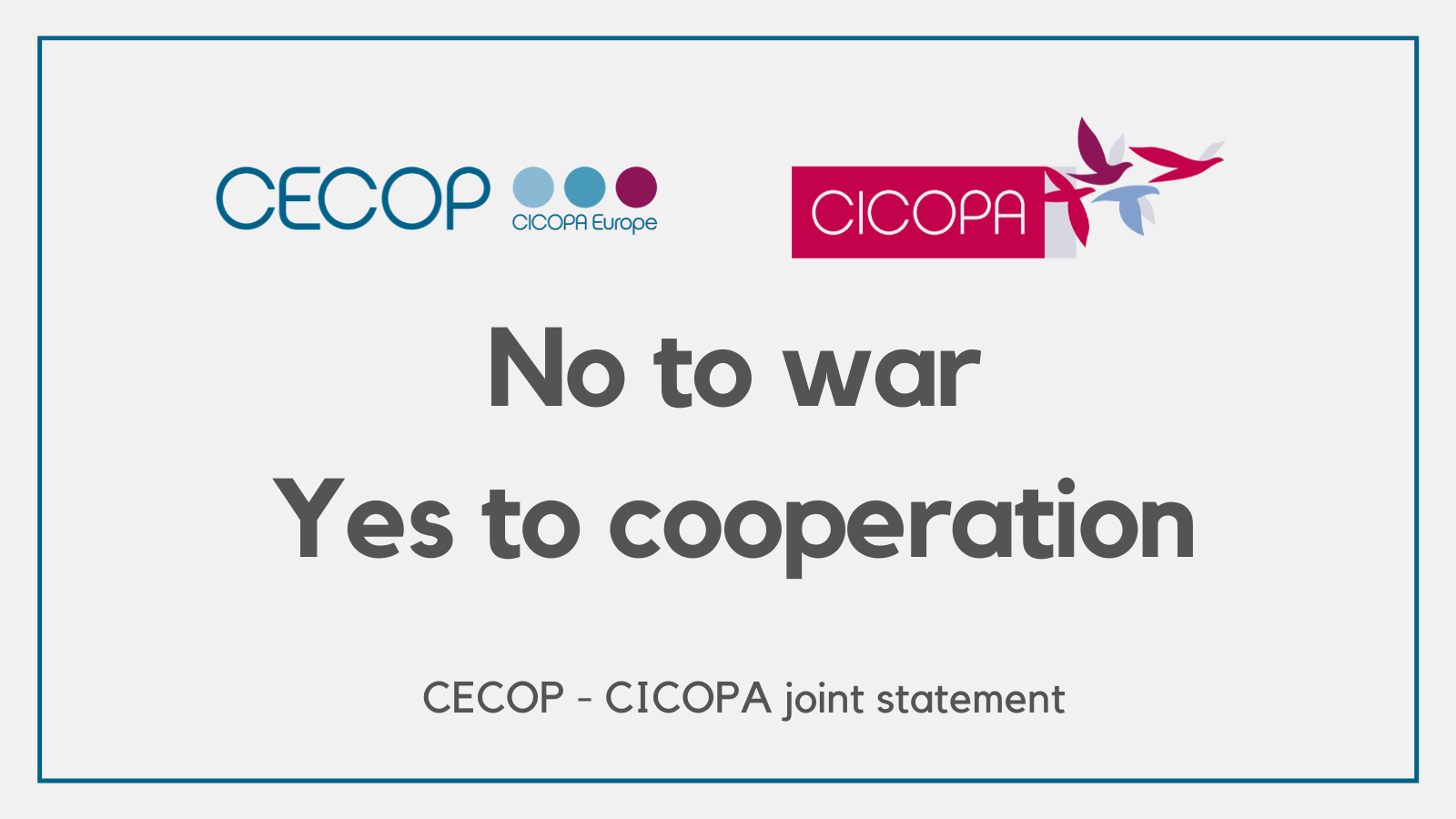 In these sad days, we are witnessing a war in the heart of Europe, and we extend our sincere solidarity to the Ukrainian people, those who had to leave their homes, their friends, and their loved ones, stepping into an uncertain future.

The goodwill of millions of cooperators from all over the world is today with those who have to leave or defend Ukraine.

Solidarity today means open borders, open arms, open hearts, and open wallets. All the help that is already being provided through the many avenues established in the countries assisting Ukraine and Ukrainians will have to be increased further. Food, clothes, and money will be needed, as well as shelter for the millions of refugees seeking refuge.

We express our solidarity toward the Ukrainian cooperators, our members from bordering countries, and all cooperatives providing assistance to people fleeing Ukraine.

We call the European Union and all the parties involved to work constantly toward a diplomatic way to end the war.

Today, our thoughts go to the people of Ukraine while not forgetting many other peoples who suffer the misfortune of so many wars and armed conflicts in the world.

Our thoughts go also to the Russians who are against the war, who suffer from the lack of freedom, and the abuse of an authoritarian government. Those of us who have suffered violence from the State know the shame and powerlessness caused by having a government that does not represent the will of its citizens.

Cooperatives ensure social justice through the values of mutual aid, equality and economic democracy, and there can be no lasting peace without social justice.

Those who defend cooperative values can never justify the use of violence because war is the opposite of these values.

Because cooperation is democracy, and war annihilates it.

Because cooperation is free will, and war is invasion.

Because cooperation is concern for the community, and war is its destruction.

Until peace is restored, we call for solidarity.