After the elections of the European Parliament in May 2019, Ursula von der Leyen, former defence minister of Germany was appointed President of the Commission by the European Council and later elected by the Parliament.

During the summer, Member States have proposed to Ms von der Leyen one Commissioner each and mid-September the entire college (all the Commissioners-designate) was officially presented. This time three Commissioners were appointed as Executive Vice-Presidents with larger, overarching portfolios: Margrethe Vestager for “Europe fit for Digital Age”, Frans Timmermans, for the “European Green Deal” and Valdis Dombrovskis for “An Economy that Works for the People”. At the same time, five other Vice-Presidents (among which the High Representative for External Policy) were appointed to coordinate broader policies, such as “Democracy and Demography”, “Interinstitutional Relations and Foresight” and others.

As for the other Commissioners-designate, CECOP welcomes the appointment by Luxemburg of its former Labour and Social Economy Minister and current MEP Nicolas Schmit because of its long-standing commitment for the social economy cause. Nicolas Schmit holds the portfolio on Jobs. Concerning industry and entrepreneurship, the portfolio was assigned to France’s Sylvie Goulard, who will take over several Directorates-General at the European Commission and preside a new one on defence.

In order for the Commission to take office, every member of the College needs to undergo a thorough scrutiny process by the European Parliament legal affairs department and subsequently a content-related hearing by the Parliamentary Committee relevant to their portfolio.

The appointment of the Commissioners-designate Rovana Plumb from Romania (transports portfolio) and László Trócsányi from Hungary (neighbourhood portfolio) were rejected by the Parliament before the beginning of the Committee hearings.

Based on our Elections Manifesto, CECOP proposed to several MEPs in the relevant Committees four questions suggestion for Commissioners-designate Nicolas Schmit and Sylvie Goulard. The goal is to try to have the Commissioners-designate early take on important topics that are dear to CECOP, such as worker ownership, business transfers to employees, the role of social cooperatives for social inclusion and social investments.

Minimum income, platform workers and social economy are on the agenda of Commissioner-designate Nicolas Schmit

On the 1st of October, the Employment Committee of the European Parliament audited Commissioner-designate for Jobs Nicolas Schmit. Right during his introductory speech, Mr Schmit acknowledged the importance of social economy for the European economic and social fabric. During the “grilling” by the MEPs, he widely addressed the topic of minimum income insisting on the need for every country to establish a minimum income framework for its citizens.

Another important topic of the hearing was platform workers’ rights, hinting that a legislative text might be en route to give rights to precarious workers. CECOP will be engaged to propose cooperative solutions and protection for already existing platform cooperatives.

Finally yet very importantly, a great deal of attention was put on the role of social economy when Mr Schmit stressed in his reply to MEP Jordi Canyas the need for the European Commission to unleash  the Social Economy full potential for economic and social progress for all. 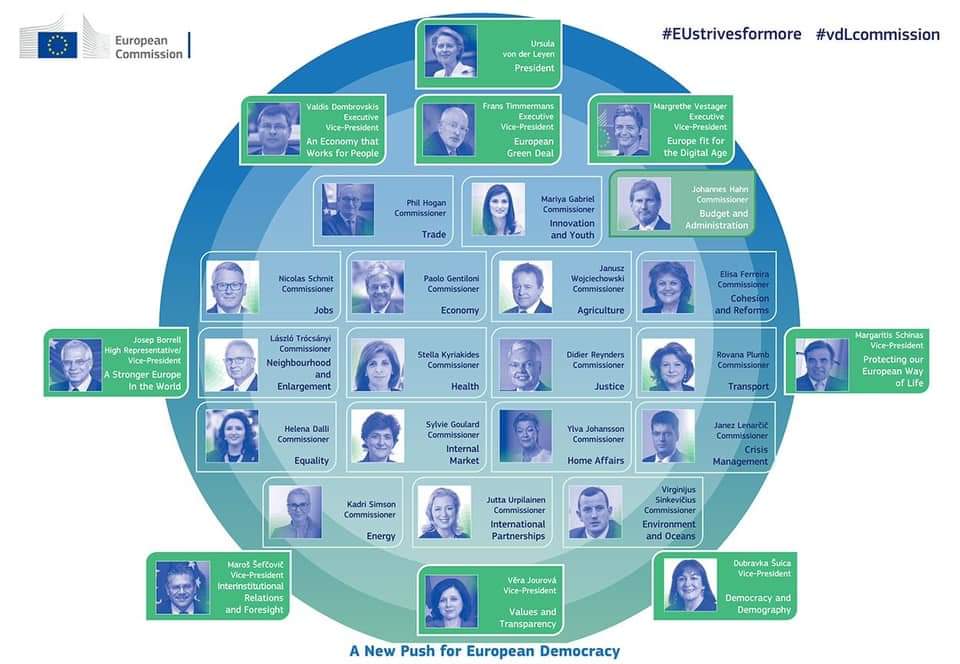 Ms Goulard’s hearing by the Parliamentary committees responsible for Industry and Internal Market on the 2nd of October was characterised by numerous questions concerning her investigation. While we believe that this matter should be thoroughly scrutinised, we regret that not sufficient time was allocated to discuss an overall industrial and SME strategic vision.

Surprisingly, when asked a question on tourism she praised the role of transport and hosting cooperatives in the protection of the “beauty of our cities” and for tourism to be sustainable. Moreover, she acknowledged social economy enterprises as a stepping-stone for job market integration of vulnerable people.

We welcome the MEPs’ interest in the topic of social economy, and we hope it will remain at the top of the EP agenda during the 2019-2024 term.

The Parliamentary Intergroup on Social Economy: a much-needed space for social economy enterprises and cooperatives to permanently exchange with decision-makers.

While Parliamentarians are auditioning the Commissioners-designate, civil society organisations and various interest groups are advocating for Intergroups to be established or renewed.

European Parliament’s Intergroups are formed of MEPs from any political group and any committee, with a view to holding informal exchanges of views on particular subjects and promoting contact between Members and civil society.

CECOP, Cooperatives Europe, Social Economy Europe and other partners are calling for the Social Economy Intergroup to be renewed, in order for the social economy cause to be represented and heard in Europe’s most democratic institution.

In order to achieve this goal, a certain number of MEPs from different political groups need to express their interest in creating or renewing an Intergroup. Our umbrella organisation Social Economy Europe is currently gathering the interest of several MEPs, among which Nicolas Schmit, in his capacity as MEP, and Patrizia Toia, a long-standing supporter of social economy and cooperatives.