Together with our Polish member NAUWC, CECOP co-hosted a national workshop on measuring social impact. 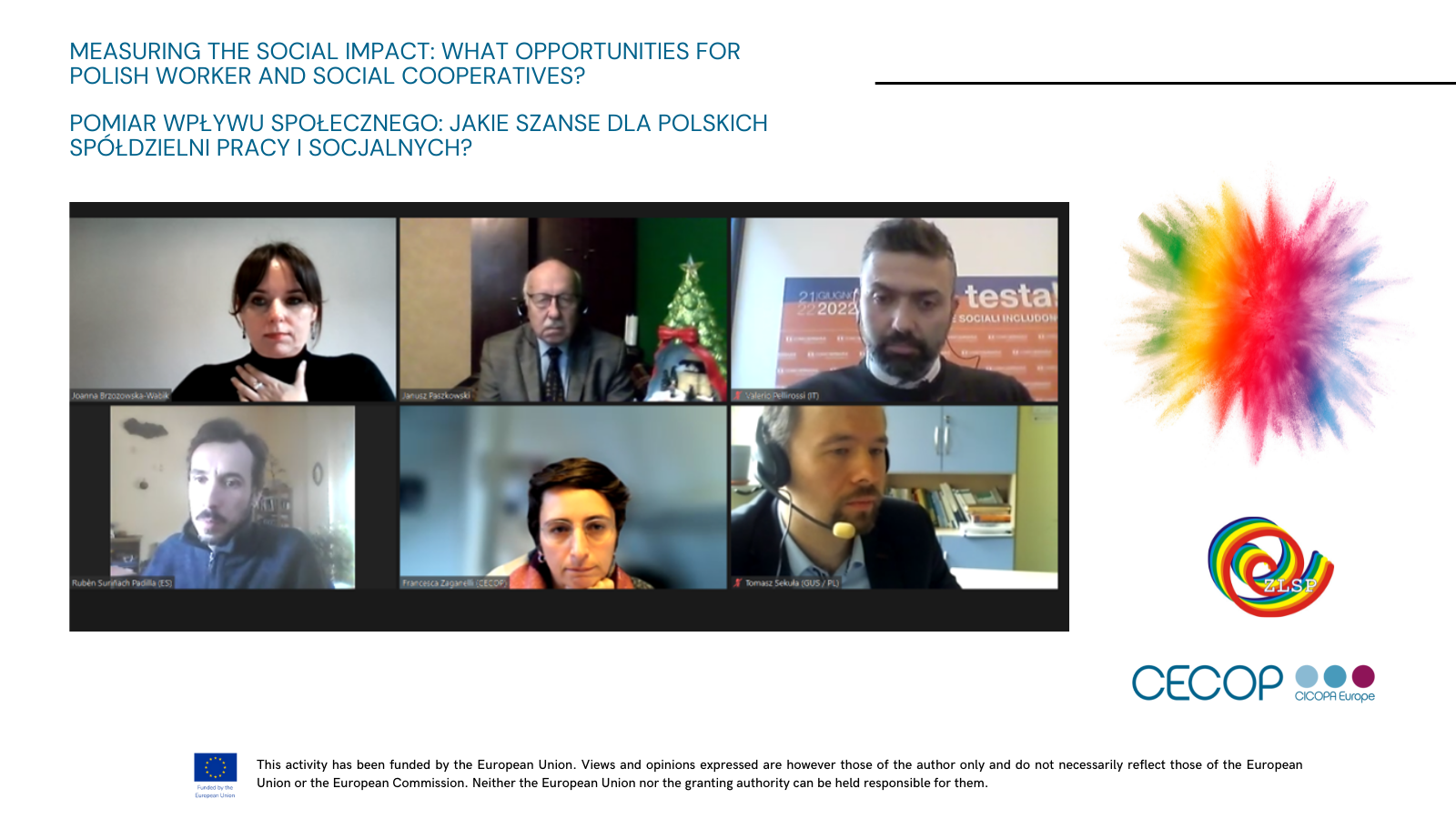 On the 5th of December 2022, the European Confederation of Industrial and Service Cooperatives (CECOP), together with its member organization, the National Auditing Union of Workers’ Cooperatives (NAUWC) hosted a joint event on measuring social impact titled: "Measuring the social impact: what opportunities for Polish worker and social cooperatives?"

Following the publication of CECOP’s report “Lasting Impact: Measuring the social impact of worker and social cooperatives in Europe: focus on Italy and Spain”, CECOP, in collaboration with our Polish member NAUWC, is organized this event on the same topic with a focus on the Polish context.

The discussion on how to measure the social impact of cooperative enterprises has been going on in Poland for years, if not decades. All the attempts to develop a tool that would give the sector meaningful indicators of the effects produced by cooperatives' activities not only in the business area (here the indicators are clear), but precisely in the social area, have not been so far popularized.

A similar discussion has been going on at the European Union level, and individual countries have had greater or lesser success in this area. However, there are certainly two countries that are leading the way on this topic, and they are Spain and Italy.

The topics covered during this 2-hour workshop were:

As noted by NAUWC President, Mr Janusz Paszkowski, the mutual learning sessions that CECOP has been organizing for several years, give its members not only the benefit of exchanging experiences with other countries, but also the opportunity to transfer this experience to Poland, which is exactly what took place at the aforementioned workshop.

The presentation of data from the most recent study conducted by the Polish Statistical Office in Krakow complemented the examples from abroad. Mr Tomasz Sekuła, Head of the Department of the Social Economy Research Center, in his presentation showed how cooperatives are featured in public statistics.

To conclude the event the Polish version of the CECOP publication "Lasting Impact. Measuring the Social Impact of Workers' Cooperatives and Social Cooperatives in Europe: Italy and Spain" was released.