The EESC approved an opinion that highlights the role of the Social Economy for job creation and the implementation of the European Pillar of Social Rights. The opinion explicitly mentions cooperatives as key players in the Social Economy.

On 27 April, the European Economic and Social Committee (EESC) approved an opinion requested by the Portuguese Council Presidency on the ‘The role of social economy in the creation of jobs and in the implementation of the European Pillar of Social Rights’.

It furthermore calls the European Union to step up its efforts to support the Social Economy, for example by tax policies that recognize the role as general interest enterprises, by promoting access to public and private investments, promote stable employment and skills development of staff and management.

The EESC furthermore promotes models of worker-buyouts to maintain jobs in companies at risk of failure during a crisis or SMEs whose founders have no successors.

The rapporteur of the opinion Giuseppe Guerini, President of CECOP, stated that ‘The Social Economy plays a fundamental role by organizing solidarity in an active and responsible way, to achieve objectives of general interest. The EU institutions must therefore recognize its central importance, not only because it creates jobs, but also because it generates social cohesion’.

CECOP welcomes this opinion and is looking forward to seeing the proposals expressed by the EESC implemented in the Social Economy Action Plan. 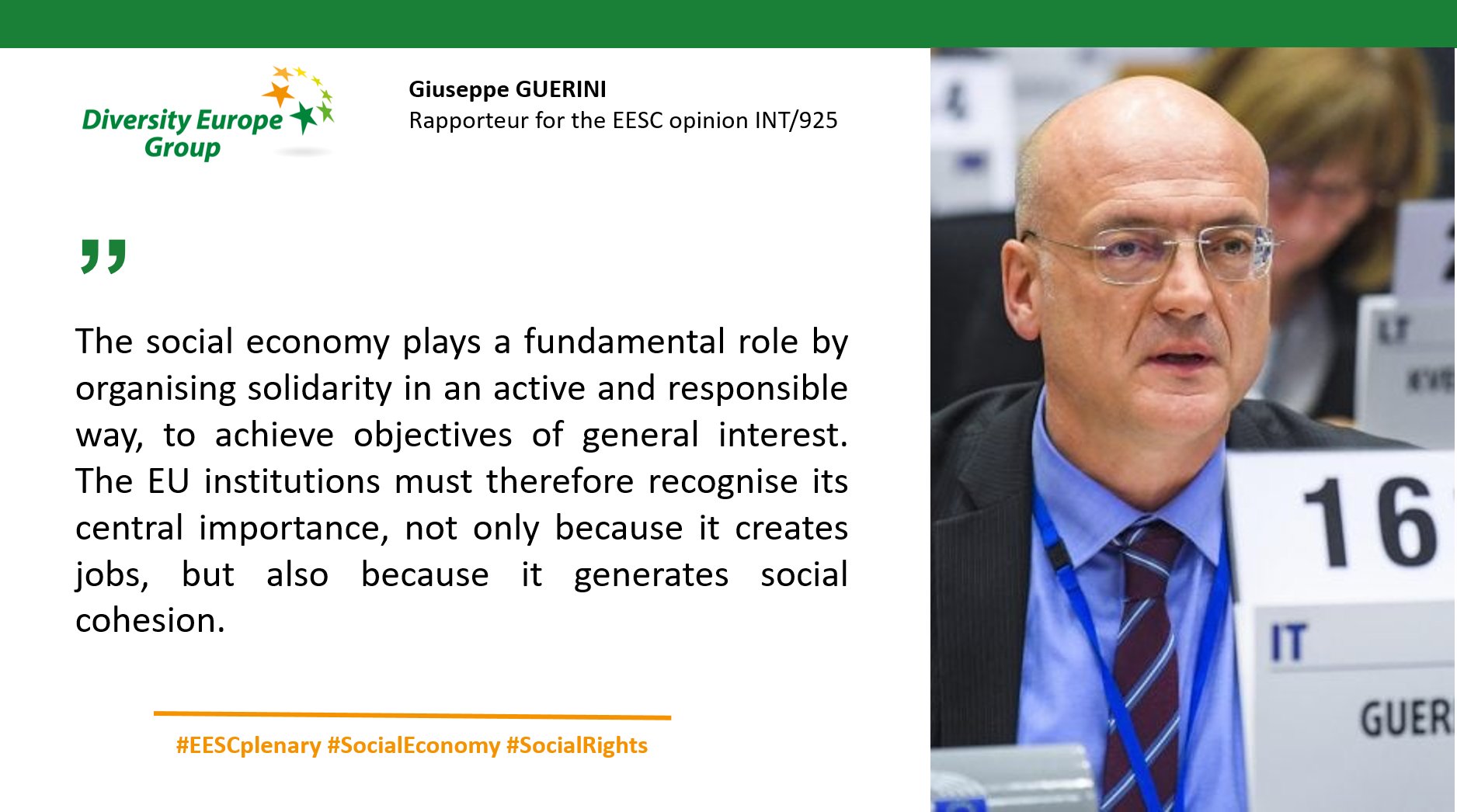