Cooperatives contribute to Clusters of Social and Ecological Innovation in the European Union, new report shows

Clusters of social and ecologic innovation, which often include cooperatives, can successfully respond to the EU’s transition challenges and need enhanced policy support, according to a recent expert report.

Clusters of social and ecologic innovation (CSEI) share some similarities with the “traditional” competitiveness clusters, but also uniquely contribute to fostering social innovation in the European Union. These clusters have at their core social economy entities, which often include cooperatives. CSEI can successfully respond to the transition challenges currently facing the EU through promoting social and ecological innovation and a sustainable local economy. As such, they should enjoy supportive policies on the regional, national, and European level, says a recent policy report. 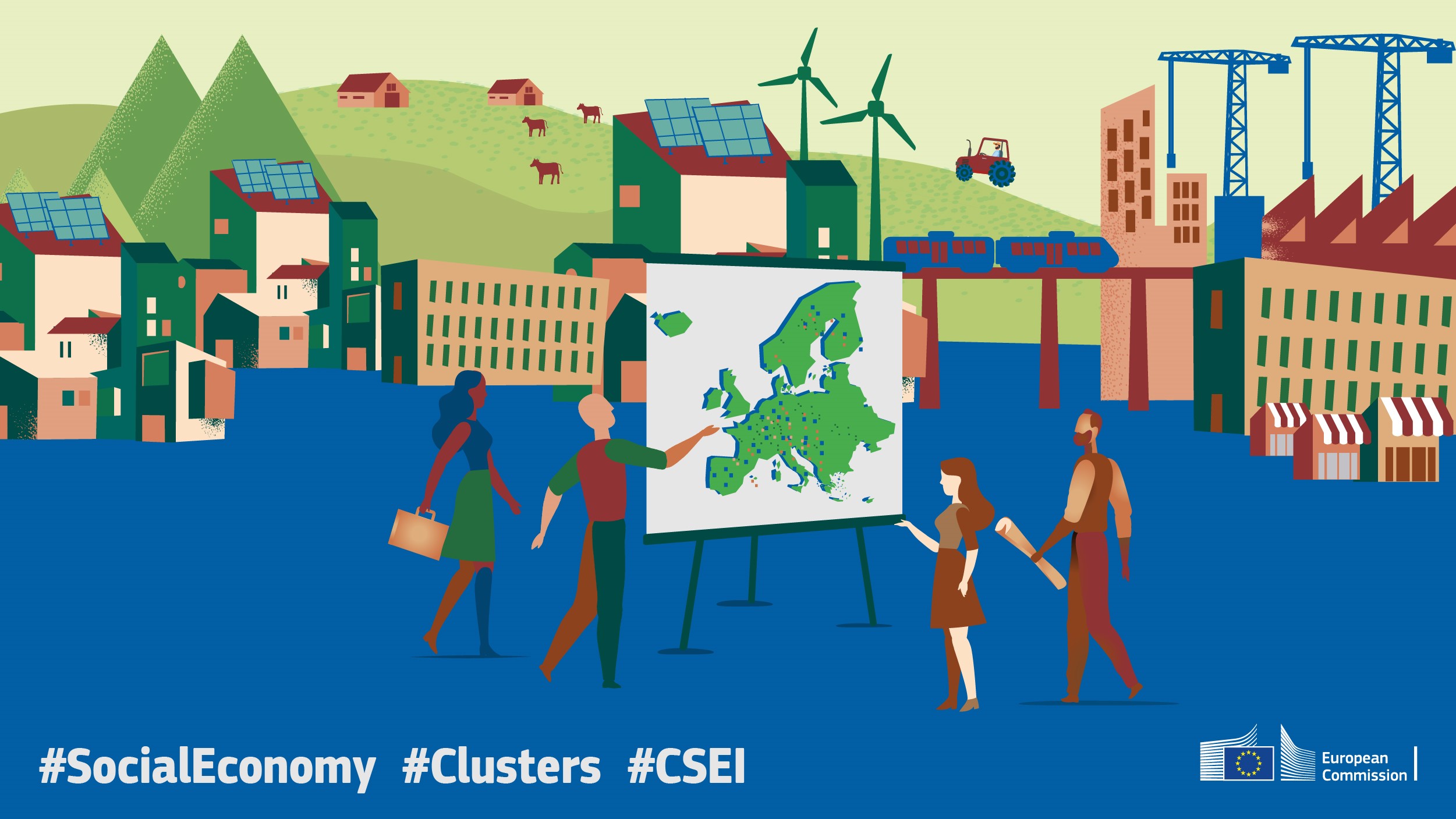 In December 2021, European Commission’s Directorate-General for Internal Market, Industry, Entrepreneurship and SMEs (DG GROW) published a report titled Clusters of social and ecological innovation in the European Union, perspectives, and experiences: the role of clusters and similar forms of business cooperation in fostering the development of social economy. The report has been authored by a working group on social economy clusters, which was created by GECES, the European Commission’s expert group on social economy and social enterprises. CECOP, member of the expert group, has also contributed to the writing.

What exactly are clusters of social and ecologic innovation? According to the report, they “group mainly social economy entities with mainstream enterprises, civil society organisations, public authorities, education and research institutions that cooperate in a particular location to improve local economic, ecological and societal prosperity and regeneration by facilitating cooperation, pooling of resources and enhancing innovation capacity.” Clustering and cooperation among cooperatives are quite natural as demonstrated by longstanding cooperative groups, networks and consortia. However, according to the report, the CSEI are a recent, and growing, phenomenon. They are usually cross-sectoral, and their work is linked to a broader societal mission such as job creation and job integration, education, local economic development, social inclusion, promoting democratic business models, green and circular economy, and others. In addition to societal innovation, CSEI also contribute towards economic, governance, and ecological innovation, and thus “provide prosperity in territories in numerous sectors, help build resilient local value chains and serve a broad range of stakeholders.”

The report mentions some regional clusters of social and ecologic innovation which are affiliated to the CECOP members, including Mondragon (Spain) and GOEL – Cooperative Group (Italy). Cooperatives are often individual members of such clusters, and sometimes, the entire cluster is built based on cooperative principles, as in the case of Mondragon. The case studies included in the report show how CSEI and their members, including cooperatives, already successfully contribute to social change through building a thriving local economy, creating job opportunities for vulnerable persons, and promoting circular economy.

In recommendations, members of the working group stress that the clusters of social and ecologic innovation hold a great potential of helping the EU on the path of social, green and technological transition, and believe that they need enhanced support through policies on the regional, national and European level. They also point out that the cooperative model may be used to structure such clusters and organize their governance.