On April 15, the Portuguese Confecoop and CECOP, hosted a joint conference on the future of the EU Disability Strategy, with the participation of prominent members of the European cooperative movement and policymakers. 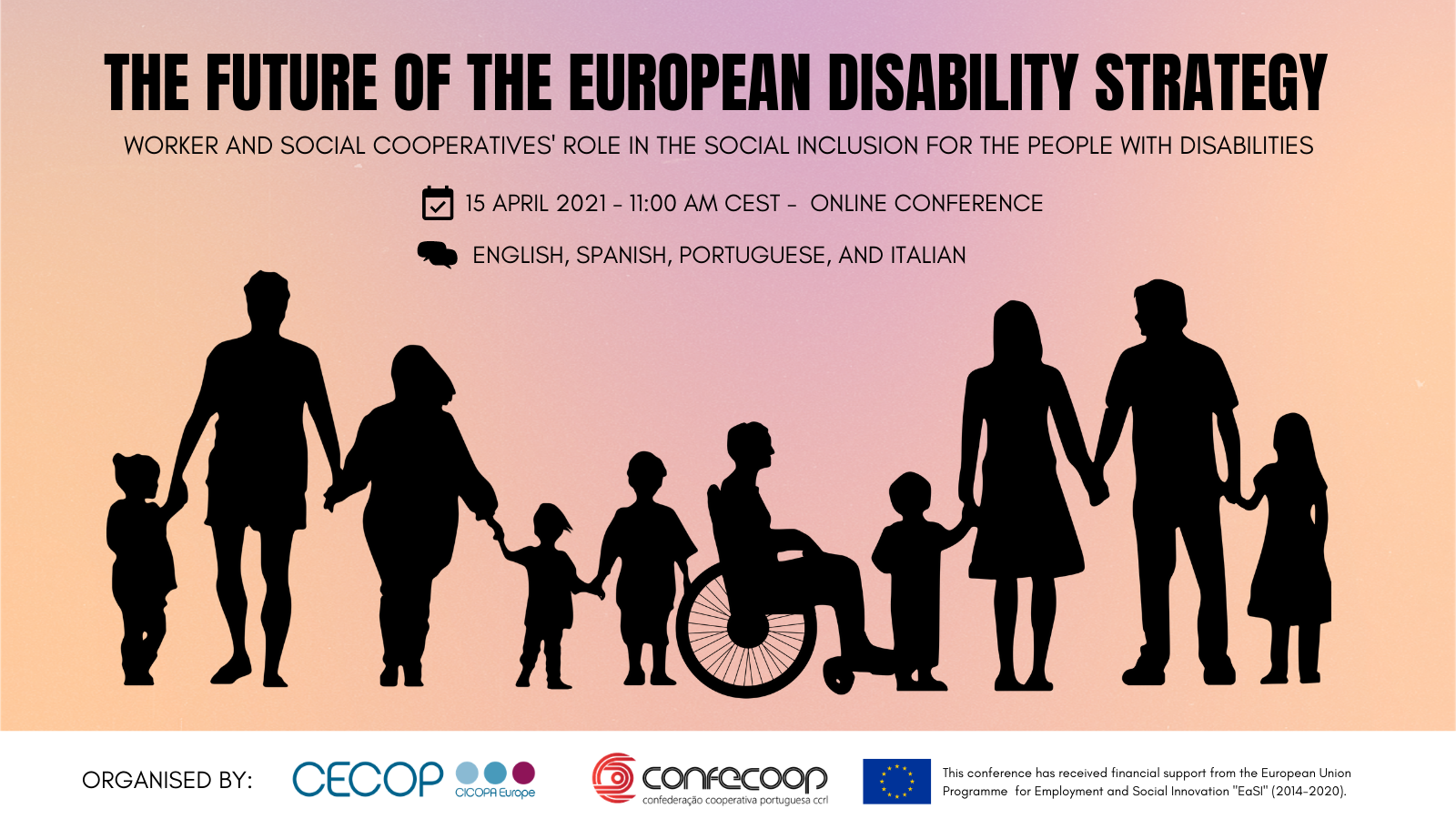 After the European Commission published its Strategy on the Rights of Persons with Disabilities earlier this year, Confecoop and CECOP organized a seminar to discuss this new strategy. During the EU Council Presidency of Portugal, this timely cooperation allowed for a rich exchange of views amongst cooperators, national politicians, and EU officials.

In the presence of Portuguese Secretary of State Ms. Ana Sofia Antunes, and moderated by CECOP Secretary General Diana Dovgan, the event featured three rounds of exchange. The first two presentations focused on inclusion policies and the role of the Portuguese Presidency of the EU, followed by a European Dialogue among social cooperatives and NGOs in Europe. The third part of the event focused on the Role of the European Union, with addresses from Ana Mendes Godinho, Portuguese Minister for Labour, Solidarity and Social Security, and Katarina Ivanković Knežević from the European Commission. The event was concluded with an intervention of CECOP President Giuseppe Guerini, who reiterated that the EU needs to use all its policies to ensure the rights of persons with disabilities.

“The new Strategy on the Rights of Persons with Disabilities is an important step that the EU has taken. This must go hand in hand with the Action Plan on the European Pillar of Social Rights and the forthcoming Social Economy Action Plan. Only if all these programs work hand in hand, the full inclusion of persons with disabilities can be ensured.” Giuseppe Guerini, CECOP President

The first speaker was Rogério Cação, President of Confecoop Portugal, who highlighted that the European Strategy for Persons with Disability needs to always put the wellbeing of the person at its centre, by ensuring independent lives and the best support possible where it is needed.

During a dialogue among social cooperatives and NGOs, Joaquim Pequicho, President of Fenacerci (Portugal), highlighted that the aim of all policies needs to be to ensure an independent life of persons with disabilities, whilst providing the best care possible where needed. Alberto Alberani, Vice President of Legacoop Sociali (Italy) shared the successful implementation of the Italian social cooperative law with its enabling provisions for social cooperatives as work integration enterprises and social service providers.

Pilar Rodriguez (Porsiete, Spain) and Alejandro Pedro (Bioservice, Spain), two cooperators presented their successful business models from Spain and introduced the concepts of social impact balance sheets, proving the positive impacts of their cooperatives for workers and their communities.

Maureen Piggot, Executive Board Member of the European Disability Forum, highlighted the important roles cooperatives have to ensure that persons with disabilities can live independent lives. She argued that the European Strategy on the Rights of Persons with Disability lacks details on how certain goals will be met, and called the actors involved to specify the strategy even further.

Pietro Barbieri, Member of the European Economic and Social Committee (EESC), called to pursue a strategy of deinstitutionalization so that persons with disabilities are not locked away. Resources and funds need to ensure community-based care rather than closed, large scale institutions.

Following this panel, Katarina Ivanković Knežević, Director of Social Affairs at the European Commission, presented different actions of the European Commission in the context of the Strategy of Persons with Disability and the European Pillar of Social Rights. This was followed by a video message of the Portuguese Minister of Labour, Solidarity and Social Security, Ana Mendes Godinho, who reiterated the commitment of the Portuguese Government to implement the rights of persons with disabilities. 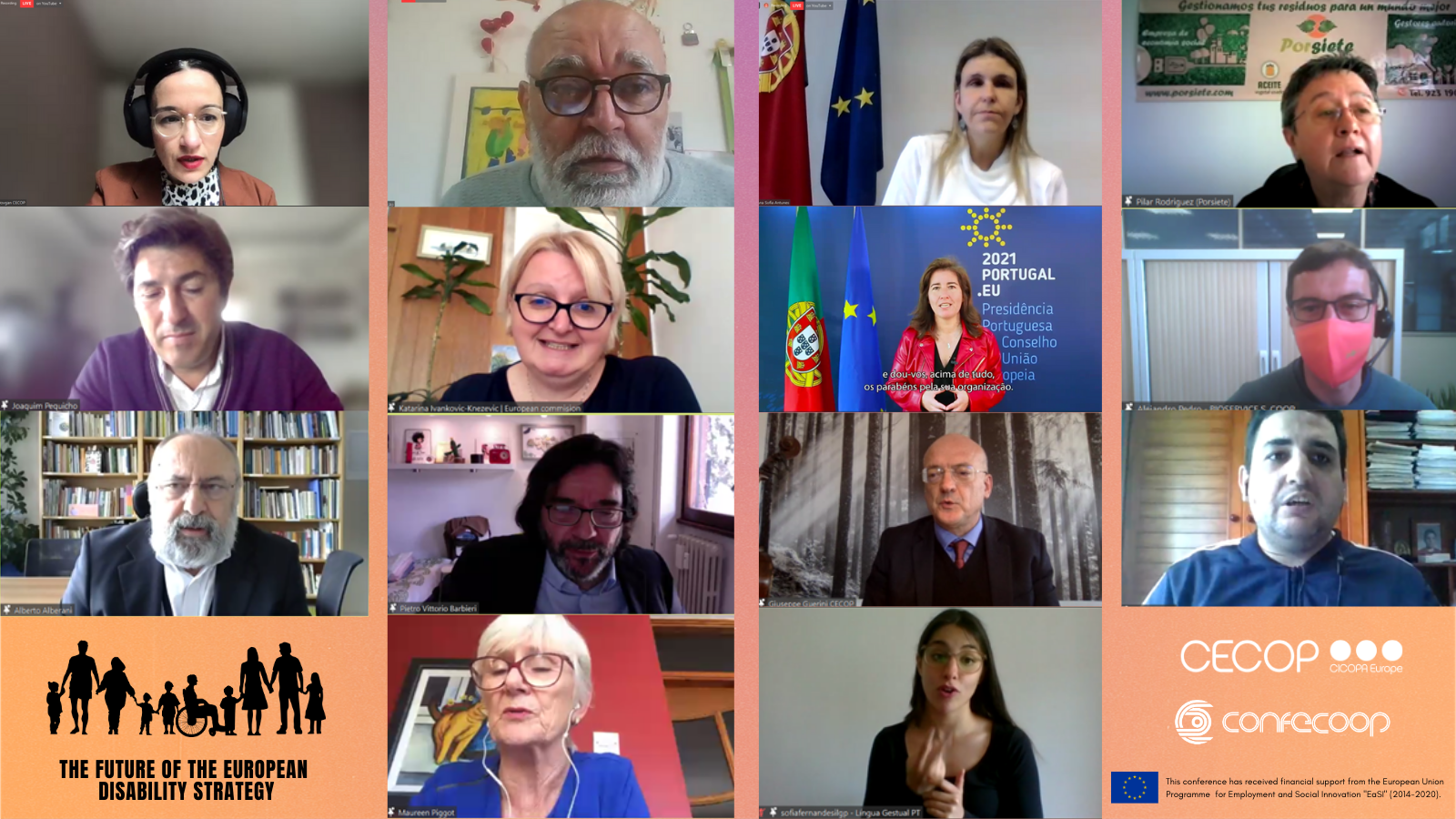