CECOP’s reaction to the CoFoE final report: widespread support for values and principles which underpin the cooperative model

The 9th of May 2022 marked the end of the Conference on the Future of Europe. CECOP is pleased that there is widespread support for values and principles which underpin the cooperative model. 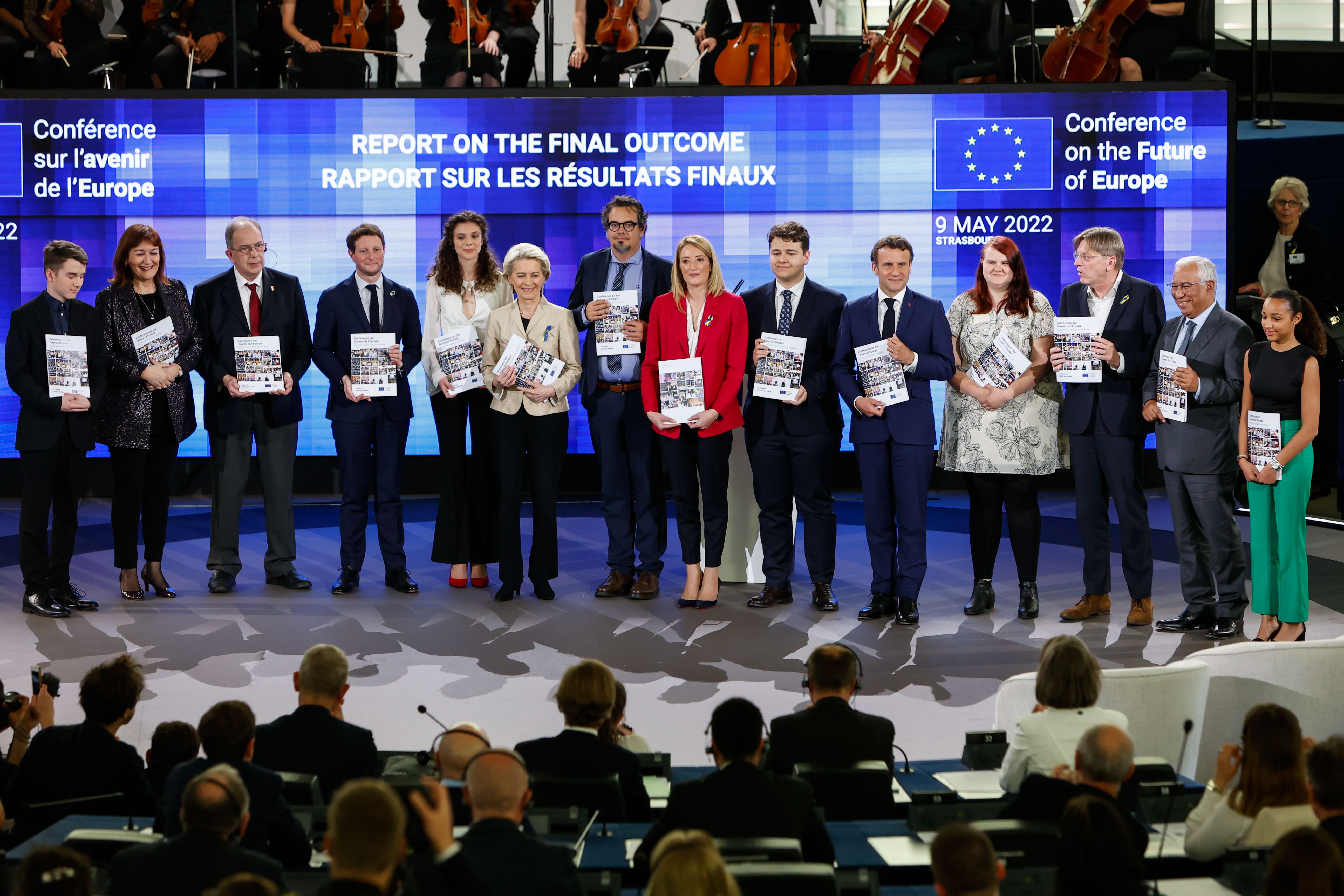 On the 9th of May 2022, the last day of the Conference on the Future of Europe (CoFoE), European citizens delivered their final set of proposals to the French President Emmanuel Macron, as representative of the EU Council presidency; Ursula Von der Leyen, President of the European Commission; and Roberta Metsola, President of the European Parliament. The three European institutions are now tasked to follow up concretely on these proposals, each depending on their spheres of competence.

The process, that was initiated by the European Parliament, the European Commission and the European Council in March 2021, saw citizens from around the European Union participate in a first-of-its-kind process to discuss, debate and co-create propositions to shape the future EU. In total, around 700,000 European citizens participated in the process and generated over 17,000 ideas, consolidated into 49 proposals. The final report shows that European citizens strongly favour decent working opportunities, increased cohesion within societies, and measures aimed at improving the living conditions of the vulnerable groups. Citizens’ demands include:

CECOP believes that proposals which emerged from the Conference show a clear demand from European citizens for values and principles which underpin the cooperative model: more democracy, equality, equity, solidarity, inclusion, social responsibility and caring for others, including in the workplace and in social life. Worker and social cooperatives across the EU already contribute to addressing many of the priorities identified in the final report of the CoFoE, since their business activities are not oriented at profit-making but rather at satisfying the needs of workers and communities in a sustainable, inclusive and democratic way.

We can expect a follow-up from the three European institutions in autumn 2022. CECOP hopes that the citizens’ demands expressed in the framework of the Conference on the Future of Europe will be given due attention and translated into concrete policy actions, in particular when working on the implementation of such initiatives as the European Pillar of Social Rights and the Social Economy Action Plan.