The importance of cooperatives in ensuring a just green and digital transition was highlighted in the “Proximity & Social Economy ecosystem” session of the EU Industry Days with participation of CECOP. 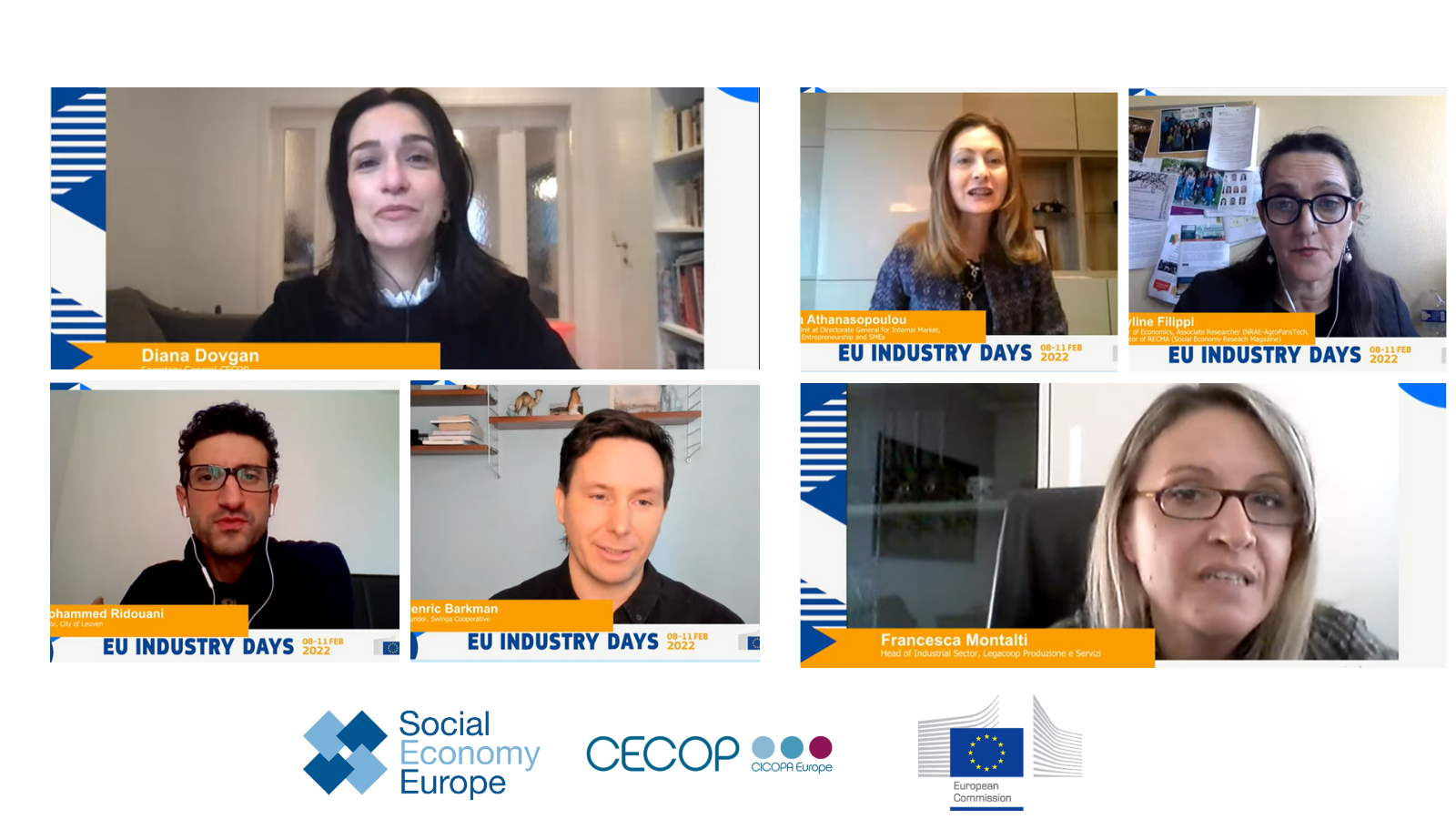 On February 8, 2022, CECOP participated in the “Proximity & Social Economy ecosystem” session of the EU Industry Days organized by the European Commission in partnership with CECOP and Social Economy Europe. The purpose of the discussion was to address the opportunities and challenges associated with the green and digital transition of the ecosystem, building public private partnerships, and opportunities for youth engagement.

There was a broad consensus among the speakers on the importance of social economy for an inclusive green and digital transition in the EU, its attractiveness to the young people, and the need for policy support measures. Some of the key points addressed in the discussion include:

Watch the video dicussion below.