Meet the coop that brings “Sharing is caring” to a whole new level! 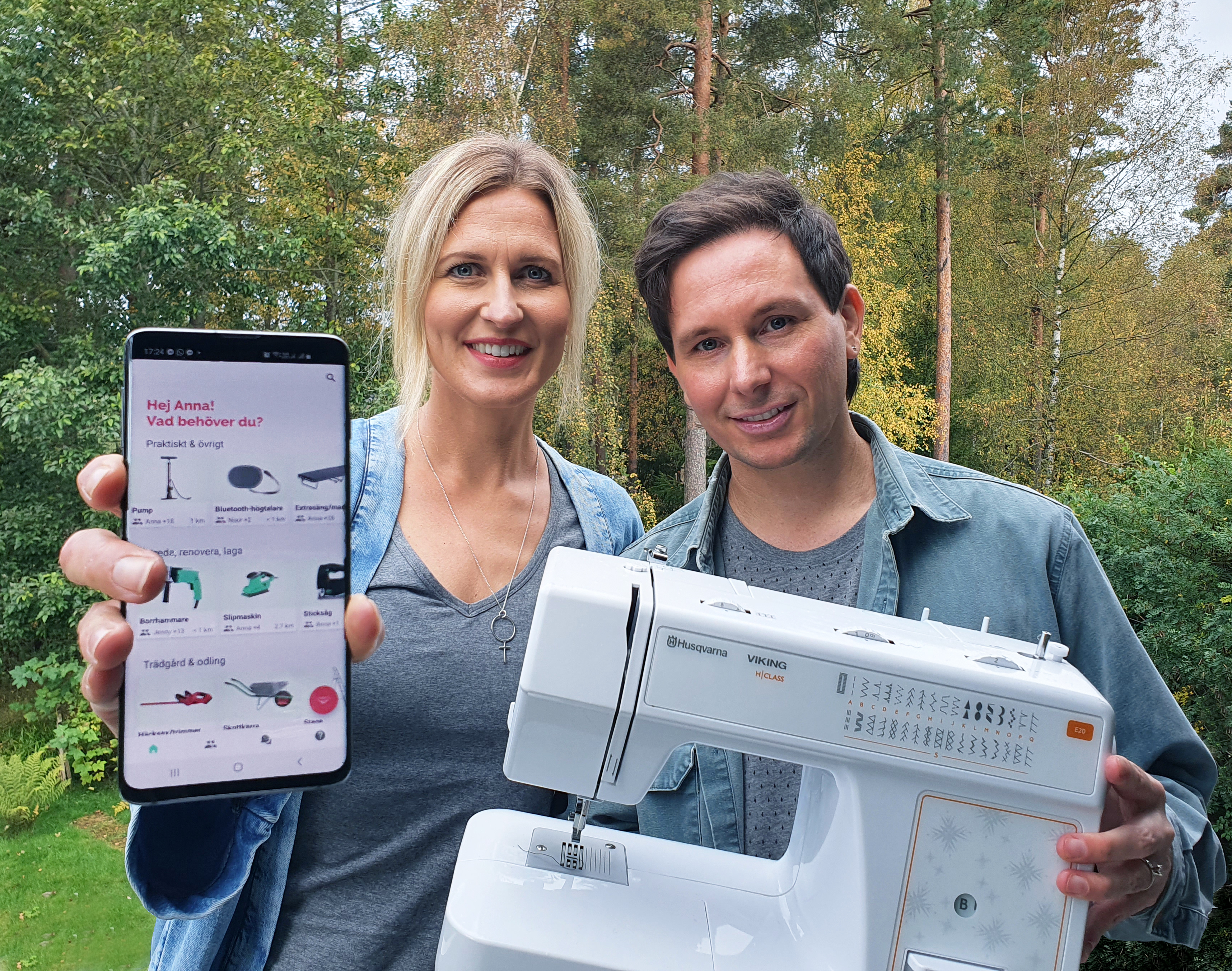 Swinga is a cooperative that operates an app focused on sharing what people have in their house with their neighborhood. Could be from a drill to a lawnmower, to even bigger things! We had the chance to sit down with Henric Barkman, one of the co-founders.

Swinga began in 2014, when Henric’s wife and co-founder, Anna Sundell, had an idea. Anna was concerned for the environment as she had gotten a sewing machine for her 30th birthday but had barely used it. As they began looking around their house, they realized it was the case for other items used only occasionally. One day they borrowed a power drill from their neighbor and that is when they came up with the idea: a sharing app to borrow and lend items from each other in their neighborhood.

While the main idea has always been for item sharing, they realized that by exchanging items and going to each other’s houses, they were also creating a more meaningful connection between the neighbors. By coming together for an object, they were creating lasting human connections, and ultimately caring collectively for the environment by taking care of each other’s things.

At the beginning of the establishment process, they sook external advice to know how to launch the app and the enterprise, and it is then when they got to know the cooperative model. It was a perfect match. As the whole core of the concept of Swinga is sharing, why not share the decision making as well?

As Barkman explains it: “To be a coop is simply a better strategy. It shows people that they are not just in it for the money, but to improve society. At the end, being a coop is what aligned more with the values of Swinga, it is who we are”.

When establishing the coop, it was CECOP’s Swedish member, Coompanion, who lent a helping hand. They helped them with the redaction of their statutes and principles and oriented them on what type of cooperative they should become. Moreover, Swinga quickly became recognized as the newcomer coop with an intrinsic app, who won “Coop of the year” in their district and eventually also won second place at a national level competition recognized by Coompanion.

Nowadays, the coop is officially a worker cooperative. They are currently a team of five worker-owners, with big plans. Since launching the app, they have been focused on servicing it, improving user experience and participation, marketing, and expansion. They currently have 2000 users, present in 26 neighborhoods, in 5 cities in Sweden.

When enhancing participation, the Swinga team has developed a Facebook group where they invite users to give their feedback on the team ideas on how to develop Swinga technologically and humanly, to keep the essence and friendliness of the app.

Additionally, they are also cooperating with grassroot organizations to understand the specific needs of the different neighborhoods. It is not an easy task as, for example, in the neighborhood where Barkman lives the community is highly multicultural with 150 spoken languages! This has prompted the decision to translate the app into English as an additional language, this making it accessible to more people.

Another idea from the Swinga is to gradually transform into a mutual stakeholder cooperative to assure more democratic participation among the different parties, workers, users, and (in the future) local companies.

Because “Cooperation is about giving voice to the many, not having a few having their voice heard.” explains Barkman.

As a digital cooperative startup, they are facing a common issue with many such cooperatives, the access to finances. Even if the community keeps growing, the cooperative is a side project for most of its workers and the question arises of how to make it sustainable. The cooperative is attracting the interest of a lot of external investors, but they are resisting most of the proposals which do not get along with the cooperative idea and are trying to find their way out for alternative financing.

Beginning a collaboration with local retail companies will allow users to rent some more specific tools and other products for their neighborhood needs and maybe provide some additional income to the coop where companies will be asked to pay a small fee in exchange for more clientele.

A solution lies also in the cooperative family. For Barkman, a collaboration with long-established cooperatives could be the way forward to provide financial support while preserving the cooperative soul.