Meet Soglasnik, the Slovenian language services cooperative, where “fair pay for fair work” is a way of being.

Soglasnik is a cooperative of independent workers (producentska zadruga in Slovene) established in 2014 by a group of 15 students in languages in Ljubljana, Slovenia. We had the chance to sit down with Maša Dolanc, current President, translator, and interpreter for English and German languages, and Daša Ložar, project manager of Soglasnik.

The Slovenian economy was still suffering the echos of the 2008 crisis, when these newly graduated students started looking for a job in the language services industry. They were attracted to the cooperative form, and saw it as a viable option, so they decided to try. Their approach to the cooperative world was initially very naive, until they realized that the cooperative model would allow them to build a safety net for language workers from different fields and provide them with fair pay for fair work.

As any other agency, at the beginning they had to enter the market and build their clientele. In this phase, creating awareness was very important for them, as the cooperative idea they had in mind was not always understood by the client. The "worth and value for work" is not a priority in the current competitive market, mainly profit-oriented. Once the prospective and actual clients understood the ‘fair work, fair pay’ philosophy of Soglasnik, they were willing to pay more to support the coop. At the end, they offer great quality service, and are happy to work with any sector that understands their philosophy.

To launch the cooperative, each member initially contributed 100 euros. Today, after 7 years of existence, and having built their profession, first online, then by setting up their own office in Ljubljana, they have an annual revenue of 100,000 euros, and currently consist of 17 members.

Three of these members are employed by the cooperative, two as project managers, and one as a translator. The rest are self-employed workers to whom the cooperative directly provides work.

We are growing slowly but surely. It takes courage, time, and energy, says Daša.

Their aim is to become a worker cooperative (delavska zadruga in Slovene) and to eventually make all members, full worker-members, providing fair working conditions for all.

The coop’s work is mainly based in Slovenia, its translators are specialized in, the translation from and into most European and world languages, and Slovenian. And they are currently active not only in Slovenia, but globally. In 2020, after a first moment suffering the reduction of work demand, due to the COVID-19 pandemic, they were able to sign a big project with an American cooperative and reach their annual revenue. By the end of 2020, the situation started to stabilize again with clients moving their events online.

The cooperative values also its impact on the community. While 20-25% of their revenue is invested in structural costs, such as administration or rent, necessary for the cooperative’s survival, and 60% is invested in salaries, the rest is reinvested in activities for the local community, by offering volunteering work, such as teaching immigrants the Slovenian language or helping people from undermined social backgrounds.

When it comes to the advantage of being a cooperative, despite the small size, they can provide a certain quality of work and they can say no to projects they do not want to pursue, for example, when a potential client does not agree with their values.

The members of Soglasnik meet every three weeks to discuss and vote on major decisions. Furthermore, a cooperative weekend is organized twice a year, to discuss major strategies of the cooperative, members’ expectations, and, once a year to hold elections. In addition, workers’ happiness, and willingness to continue working in the cooperative is evaluated every year.

For the week-to-week work, an inner team meets to discuss most urgent issues. At the beginning, all projects were accepted by a collective decision of all members, but now that they have grown and they are better known in the market, the day-to-day decisions require a faster response, thus only the managers, and those members who are strictly concerned by it are now involved in their approval. The process of growing is demanding Soglasnik cooperative to reorganize differently while maintaining its democratic nature, a challenge that its members seem to be ready to face.

Soglasnik is made of transparent and open people, friends, and colleagues. It is a safety net, and an honest and solidarity atmosphere, where you can always rely on one another.

It is like coming home. It is a big family, and we will grow together. It is much more than just earning money, Soglasnik is our child, and we'll all do our best to help it grow in an independent, transparent, and socially aware company helping to build a better future for all, confirm Maša and Daša. 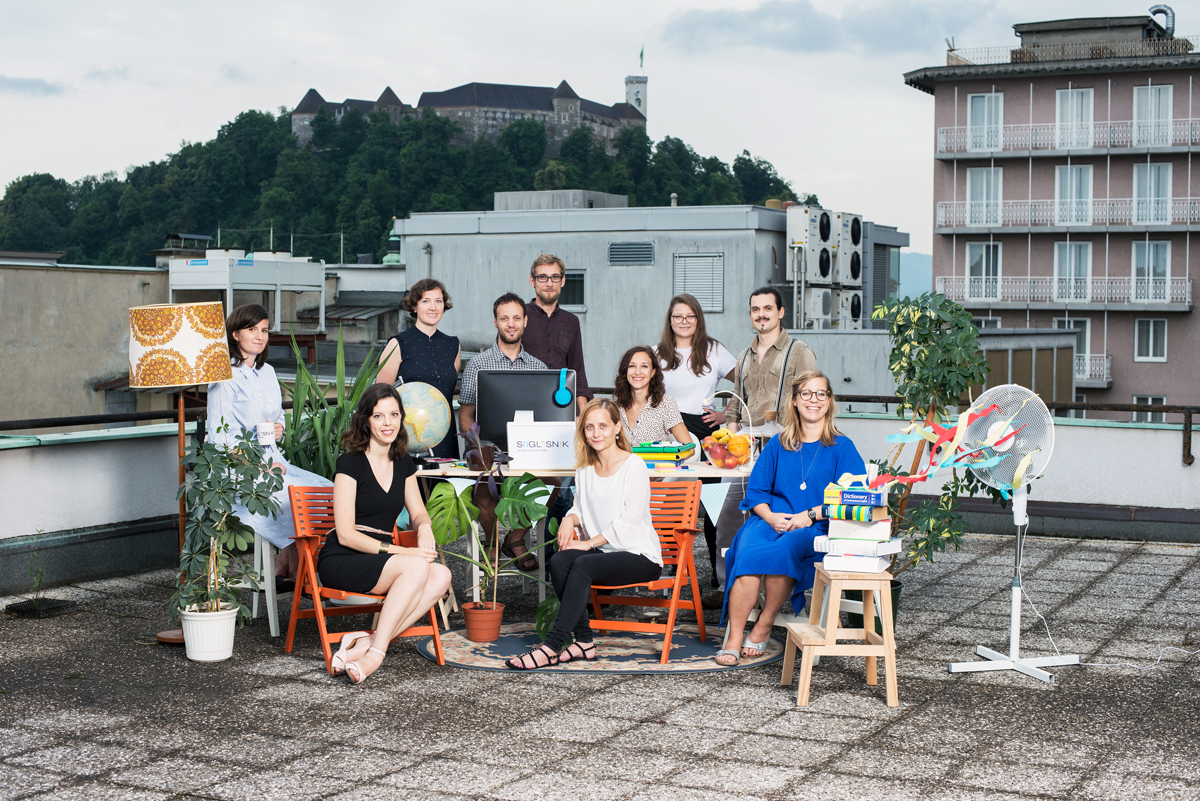